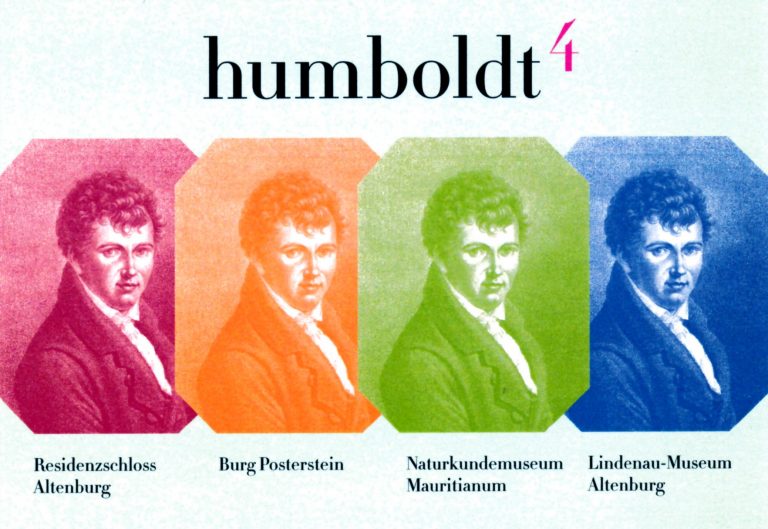 In 2019 we celebrate the 250th birthday of Alexander von Humboldt. The well-known scientist and researcher inspired not only his contemporaries to do traveling and researching all over the world, but also later generations until today.

For this event four museums of the county Altenburger Land in Thuringia, Germany – Lindenau-Museum Altenburg, Residence castle Altenburg, Museum of Natural Science Mauritianum and Museum Posterstein Castle – will present their special exhibitions about Humboldt and his influence on the region together with an event under the title: #humboldt4.

From September 1st – November 17, 2019, Museum Burg Posterstein will commemorate the illustrator Christian Anton Goering (1836-1905). Although he was the son of a craftsman he succeeded in a career as an explorer, painter and animal preparator.

Like Humboldt before he went on two expeditions to South America (1856 and 1866) and conducted botanical and geographic studies. 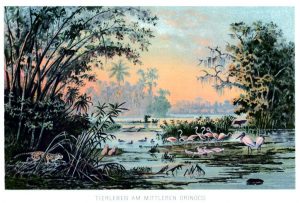 On the first journey he worked as assistant and companion of the well-known german scientist Hermann Burmeister. On the second one Goering ventured on behalf of the Zoological Society of London. He collected rare animals for the collection of the Natural History Museum, did preparations and captured his impressions of the landscape in pictures, painted in watercolor. With his work, Anton Goering made an important contribution to the study of Venezuela. Amongst other things, he discovered the up to then unknown caves at Caripe. In 1893 he published his travel impressions in Leipzig under the title: „Vom tropischen Tieflande zum ewigen Schnee, Eine malerische Schilderung des schönsten Tropenlandes Venezuela“.

Read more in our blog